Cellist/composer Jacob Szekely is a bit of a musical Einstein. His compositions and performances have a reputation for combining technical virtuosity with a deep emotional connection with his audiences. He’s been tapped to perform and tour worldwide with headlining artists including Rush, Mary J. Blige, Jay Z, Ellie Goulding and Avril Lavigne. But it’s not just his prowess as a composer and cellist that set him apart as a musician – it’s his inventions for musicians.

On August 21, 2015, Szekely will shine a spotlight on four creations of his: 1) his debut recording with his JS3 trio; 2) his revolutionary invention, The Pickup Test; 3) his Improvisor’s Guide to the Cello; and 4) his co-creation of the acclaimed String Project LA. Szekely has created Circle of Creation, an event for musicians, press, fans and the public that will include demonstrations of the Pickup Test; listening stations; a short talk by Szekely; an opening concert by String Project LA students; and two full concerts by JS3. The event will take place at the buzzed-about Los Angeles art gallery Muzeumm, located in the burgeoning creative enclave of West Adams. Admission is $20 and includes a signed copy of the debut JS3 CD. Small bites will be provided, and the cash bar will be open. The program is: 5pm doors open / 6pm String Project LA concert / 7pm Ted-style Talk / 8pm JS3.

JS3 Debut Release. In his first outing as a leader, Szekely has created a unique musical tapestry that incorporates the richness of jazz improvisation, the structure of classical music and the edginess of rock into its own alchemy – which Szekely calls rock chamber jazz. A risk taker who generally went with the first takes in the studio, he’s created an album that expands the sonic culture of the cello and showcases the influences of classical, jazz, funk, rock and East Indian music. His compositions are highly complex, yet always have groove at their core. Szekely explains the genesis of his flexible, electric, groove-based ensemble known as the Jacob Szekely Trio – or JS3. “As studio musicians and sidemen, we’re encouraged to fit in, to sound like other musicians, but I’ve always been interested in pushing my instrument and myself. I was inspired by Miles Davis, John Coltrane and Jimi Hendrix early on but didn’t tell my teachers at conservatory, because that didn’t jibe with the classical tradition. It always felt like I was trying to bust out of the cello closet!” His discovery period led to a complete reimagining of the possibilities for his compositions; for the development of his distinct improvisational language on the cello; and for the unique sound of his trio. “Drums and piano take up a lot of sonic space, so I needed to work with musicians who were sensitive yet dynamic. Ultimately I connected with two top local studio artists, pianist/keyboardist Josh Nelson and drummer Christopher Allis. They created a textured, electric sound that compliments my compositions and the cello in expressive ways and creates space for a lightness of sound that stands out.” The trio’s dynamic performances have been hailed by press and by musicians including Yo-Yo Ma and Chick Corea. As Szekely summarizes: “I always knew that the sound of the cello was my voice, but there just wasn’t a template to uncover that. The results of my search have led to my unique approach as a cellist and as an artist.” www.jacobszkeley.com

The Pickup Test. Szkeley’s creation of the Pickup Test is a leap forward for all creative string players as it’s the first scientific and comprehensive sound library of every single pick up available on the market. A unique online media player created by Szekely in consultation with Grammy Award-nominated musicians and his instrument partners like Yamaha, the Pickup Test gives amplified violinists, violists and cellists the opportunity to hear what the pickups sound like and to compare equipment. The website also features tabletop reviews and interviews with today’s leading creative string players.

The Pickup Test is the new global resource for string musicians worldwide as every string player who performs non-classical music has to find a way to amplify their instrument and master the use of equipment like preamps, amplifiers, and effects pedals that were not designed for their instrument. There is little to no training for this in conservatories and most pickup systems (the devices used to amplify string instruments) require permanent installation and are not available at music shops. The Pickup Test addresses this educational gap and offers tutorials for choosing the right gear; communicating with soundmen; and finally enables strings players to be in control of their sound. www.thepickuptest.com

The Improvisor’s Guide to the Cello. In 2012 Szekely released The Improvisor’s Guide To The Cello, the first comprehensive guide to improvisation for cellists on the market. It combined his passion for exploring the possibilities of the instrument with his experience of teaching his methods to thousands of cellists at every ability level in every possible setting all over the world. Rather than trying to adopt rock, jazz or other improvisation methods written for piano, saxophone or guitarists, IGC utilized Szekely’s groundbreaking concepts and finally addressed the fundamentally unique challenges of the cello from a cellist’s perspective. Now Szkeley launches the IGC Academy, the first-ever online interactive learning community for creative cellists. This is really a quantum leap in how cellists can approach their instrument now. So many people who purchased the original videos wanted more lessons, more practice routines, more access. I realized I inadvertently started a movement and wanted to keep that going so it becomes a hub for this great community. www.TheImprovisorsGuide.com

Strings Project LA. Szekely co-founded The Strings Project Los Angeles, a collective of music teachers committed to supporting the future of strings music – both performance and composition – and stoking creative fire in young musicians to create new possibilities for their instruments and careers. The unique curriculum was developed by Szekely and includes not only classical and contemporary repertoire but also hip hop, Latin, Brazilian, rock, jazz, funk and blues music training. www.stringprojectla.com

Biography. Born in Brooklyn to Eastern European parents of Jewish heritage, Szekely left early to move to Kentucky, where he began listening to bluegrass, rock and eventually jazz. He studied classical cello performance at the Interlochen Arts Academy and earned his masters degree at the University of Southern California. He became intent on developing a new language for the cello and, in 2004, formed the jazz string quartet Supernova, which was hailed by Turtle Island String Quartet among others. He subsequently formed Eartha Austria Trio, an electric fusion group, and teamed up with percussion master Chris Garcia in the lauded world/jazz/chamber group Quarteto Nuevo. Szekely’s unique perspective as a groundbreaking solo artist, school founder, and author have made him one of the most in demand clinicians in the crate string world. Founder of the Los Angeles Creative String Festival, he’s served as faculty for summer festivals including Christian Howe’s Creative Strings Workshop in Columbus, Ohio, and the New Directions Cello Festival in Ithaca, New York. An active composer and arranger, Szekely has performed with a wide range of artists and ensembles from string quartets and world music groups and has been commissioned by a chamber orchestra and a children’s choir. 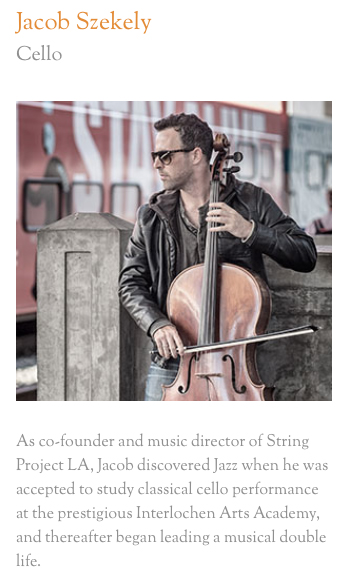 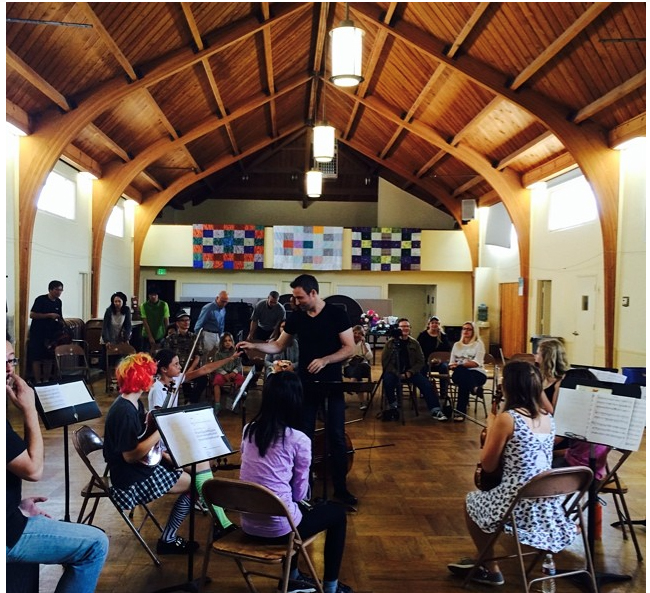 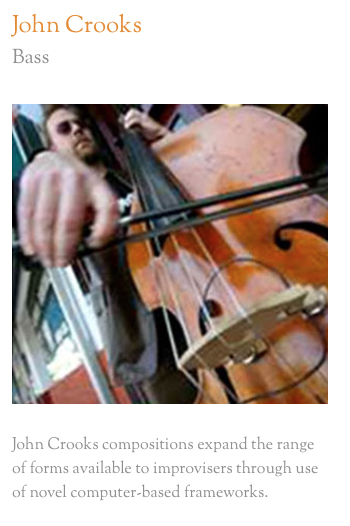 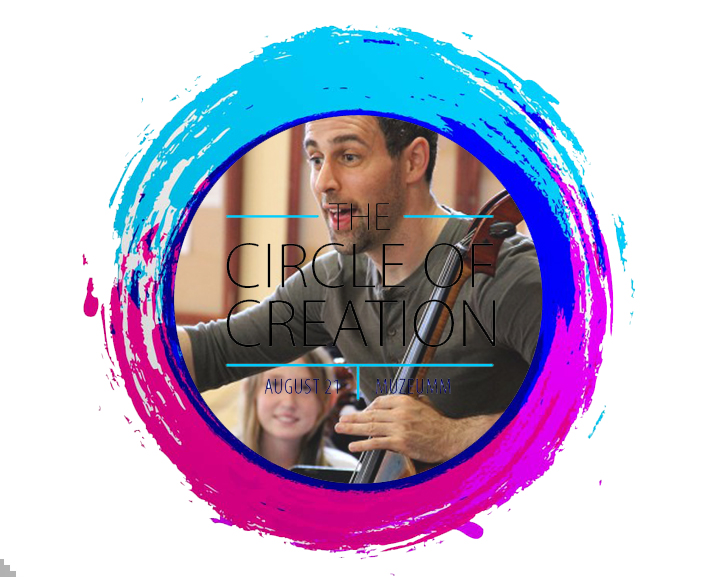